Review: Between by Jessica Warman 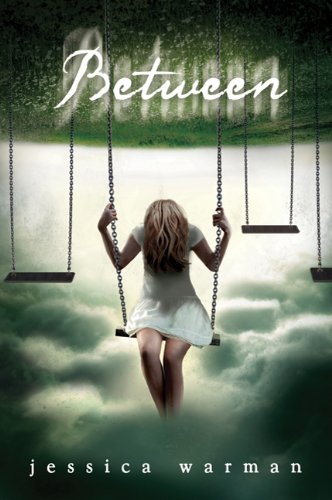 Elizabeth Valchar had everything. Loving family, perfect boyfriend, cool friends, and never-ending cash. Plus, she’s practically the queen who rules the school. Liz is the rich and spoiled girl who is used to have everything served to her on silver platter. However, she has a dirty secret. And now she’s dead. No one knows the cause of her death. It may be an accident… or not.

Liz wakes up in the morning of her eighteenth birthday and finds out that she’s dead. Outraged and bewildered, she can’t believe that her life has to be ended drowning in her eighteenth birthday. Being a ghost, no one can hear her voice until a ghost guy talks to her. A boy with familiar face, who turns out to be the guy who used to go to the same school with her. The dork whose presence was barely known by the popular crowd. The guy whose faces had been all over the newspapers for the past year. The guy who was found in the woods, dead. Alex Berg.

At first, Liz has problem remembering things in her life. She can’t remember the cause of her death, and she’s determined to find out. Somehow, she knows that Alex’s death and hers are connected. Together with Alex, she picks pieces of the puzzle and put them one by one. In their quick life as ghosts, they also learn about betrayal, friendship, true love, and simple fact that sometimes, in order to move on, you have to learn to forgive yourself and others.

I love the book. At first, I was quite irritated by the main character. She’s really spoiled and kind of shallow. As the cool kid, there are times when she was mean and insensitive. I can’t believe how rude she treats Alex when they first meet as ghost. That’s why I’m really happy that she grows a lot throughout the book. Every character in this book has some flaws so they feel real to me. I feel sad for Liz and her twisted child life. How she has greatly changed after her mother’s death. The realization that she kept a dirty secret before she died and the secret killed her in some ways.Between is a wonderful read and I enjoy it immensely.

I used to be different. You don’t have to believe me, but it’s true. I was just a normal little girl, and then my mom died, and everything was different after that. It’s almost like … like I thought that if I were pretty and thin and popular, if I surrounded myself with people who liked me, if I could control everything that went on in my world, then what happened to my mom wouldn’t hurt so much anymore. And my dad was willing to do anything to keep me from suffering. It made me shallow. I get that now.