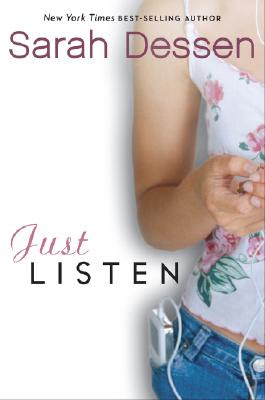 Don’t think or judge. Just listen.
Annabel Greene has everything. Or rather, she used to have everything. Hanging out with the most popular girl in school, having part-time job as a model, and living in a big glass house with strikingly beautiful sisters. But everything is not what it seems.
Last year, her second sister was almost dead of starving herself. Her longtime friend and the most popular girl in school, makes school a hell because she thinks Annabel is making a move on her boyfriend. Annabel is sick of modeling and she wants to quit, but she knows that her mother loves modeling too much. And that thing, a really terrible thing that happened in the beginning of summer. So Annabel does the only thing she’s very good at… she keeps everything inside, and run away from people.
At first everything’s okay. She’s just fine, pretending that everything’s okay. But when Owen Armstrong comes to her life, something cracked up in her heart.
Owen introduces her to music. The true essentials of music. Owen always listens to her, and he’s always honest. He’s always honest to people. The one thing Annabel is really jealous of.
Slowly, Owen changes her life. And Annabel learns that she has to start listening to the voice of her heart, the voice that keeps calling for her…
“Plus there’s the fact,” he went on, making it clear he didn’t need me to reply anyway, “that music is a total constant. That’s why we have such a strong visceral connection to it, you know? Because a song can take you back instantly to a moment, or a place, or even a person. No matter what else has changed in you or the world, that one song stays the same, just like that moment. Which is pretty amazing, when you actually think about it.”
It was pretty amazing. As was this conversation, so wholly unlike anything I could or would have ever imagined. “Yeah,” I said slowly. “It is.”
written by Unknown at 2:08 PM